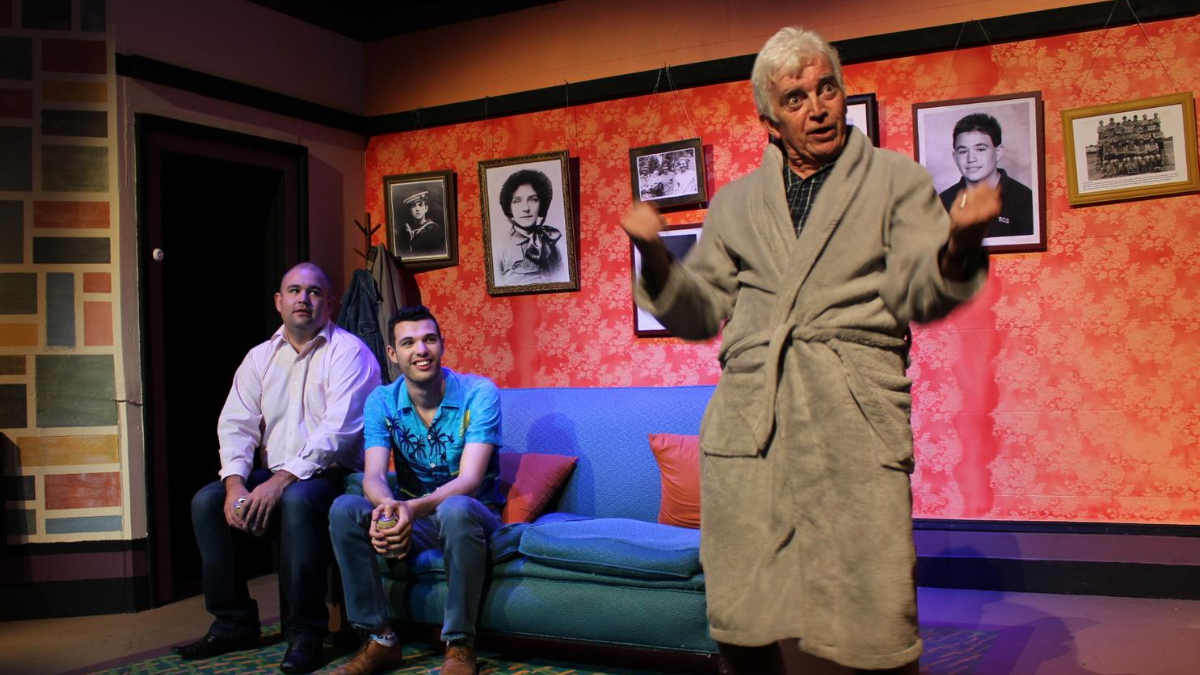 Our children are the sum of us; what we add up to.

A hit Off-Broadway and later a film starring Russell Crowe & Jack Thompson, The Sum of Us explores the volatile yet loving relationship between an aging widower and his gay son.

The Mitchell family house is exactly like any other in suburbia, except for the vivid decor, reminiscent of Howard Arkley’s explorations of the banal iconography of Melbourne architecture in the 1980s and 1990s. You are invited in, like Greg and Joyce, to the Mitchell’s home. You will take a seat in the comfy chair opposite, while Harry gets you a drink. But what happens within these walls – and indeed within the two seemly typical blokes who live here – is extraordinary. The “too domestic” hides something more profound.

Dad Harry gives Jeff a powerful gift – in allowing his child to love others freely and with his blessing. And ultimately Harry stands by his son by turning down an opportunity for happiness with Joyce. Jeff returns that gift, in sacrificing his own just-blossoming adulthood to care for his invalid father. The love and tolerance between the two men is a treasure celebrated in a world so often filled with fear and mistrust.

The Sum of Us is about Aussie blokes, the beauty of language and love and tolerance. But mostly, its a out the most powerful relationship – and love – you’ll ever have: the unconditional love of a parent for their child.