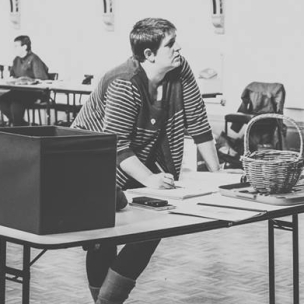 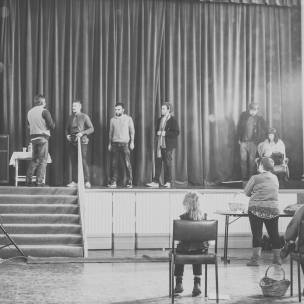 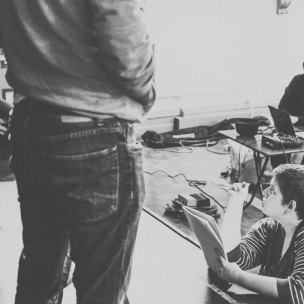 Around two years ago, I pitched an ambitious project to a local community theatre company. It bombed. But Tripwire Theatre Inc was born from that rejection. Isn’t it funny how things that seem to have failed miserably, end up leading you to a far better place?

Two years ago, I sought out a local community theatre company and pitched my idea for a script about the Three Lost Children of Daylesford, with an opportunity to produce a world premiere work for the 150th Anniversary of their disappearance. I’d been working on the concept for around 6 months at that point.

It would have been a risk – creatively and financially – for a community theatre company. But I believed in the rationale behind the project, my ability to carry it off, and the value of the opportunity it presented to this company. After sending my proposal and also meeting with a long-time member who often directed for the company, I found myself out in the cold. I was told that the company would love to come and see the show, and then would consider including it in a later year’s program – which completely missed the once-in-a-lifetime opportunity to mount the production for the 150th anniversary.

I found the lack of vision disappointing, but not completely unexpected. The problem is that I was unknown, I didn’t come with a recommendation from a friend, I wasn’t someone’s niece and I wasn’t even a local.

I had elicited similar responses from other community theatre groups in the past. I would audition but not get the role (I’m not a very good actor), but I would speak about my desire to get involved – writing, directing, admin, stage management, anything – and how was trained in both performance, teaching and (at the time) studying arts management. I thought my skill set would be highly desirable, but what would happen was these long-running volunteer organisations would hunker down, lest they be forced to change when the status quo starts getting questioned by a bright-eyed newcomer.

But knowing community theatre’s tendency to cliquishness and risk-aversion didn’t make the rejection any less hurtful. It angered me that my skills and experiences had been invalidated, and saddened me that my peers could not see the potential in this piece of theatre that I could see.

So, with few other options for my Three Lost Children script, I started a theatre company of my own and I wrote, directed and produced Hollow – a total of two years work. I was able to garner a lot of community, council and corporate support for a new organisation. We drew in an audience of 500 into the Daylesford Town Hall over the anniversary weekend. I was as proud on opening night and as exhausted and emotionally distraught on closing night as I was after birthing my two children (see my post about the end of the Hollow project).

The company I started was not another community theatre company. It’s the missing link between a professional theatre career and making theatre for free/for fun. Tripwire Theatre Inc is open to risk, embraces new work and supports emerging theatre-makers. Our members are people like me – emerging professionals considered too risky, too presumptuous or too highly skilled to be a good fit for community theatre, but without many opportunities to make high quality work in the regions.

I don’t know if anyone I invited from those community theatre companies came to see Hollow. By then, I didn’t care, because their rejection had lead me to create two things – a brilliant piece of community-embedded theatre (and a great script to boot), and a new vibrant, responsive organisation which served my needs – and others like me – far better than the existing community theatre groups could. I would never have done had my proposal been accepted.

Don’t get the wrong idea, I think community theatre companies do amazing things – if not creatively, then socially – and all run on volunteer passion and the smell of an oily rag. And in the two years since I felt so excluded, I can see many local companies across our region starting to change – become more open, inclusive and transparent and starting to look closely at things like audience development and diversity of programming.

Which is why I decided to submit three directing proposals to said local theatre company, which are all modern, political and edgy interpretations of well-known plays. I am desperate for more directing experience, and I want to push the boundaries of what’s “always been done” in community theatre. I’m a sort-of-local by now, and my name has weight off the back of Hollow and The Sum of Us, which I recently directed for Creswick Theatre Company. So I am eagerly waiting to see if this time around I am welcomed into the fold. I think they’re ready for me now, but am I ready for them? Only time will tell.

Anyway, cross your fingers for me, because who knows what I’ll be forced to do if I get rejected this time!

2 thoughts on “The Rejection That Fueled Me.”